* In case of any delay in receiving the OTP, you may verify it later. Please proceed without verification.

Enter your City name or Pincode

Ukhra is a small town in Bardhman district of West Bengal. The city counts amongst fast developing region of West Bengal. In recent years the city has benefited a lot from favorable economic growth and infrastructure. The place comes under Durgapur subdivision. Bengali is the common language in this region. However Nepali and Urdu are also used in some areas here. Andal Aetroplis has also accelerated the economy of Ukhra. The up gradation of coal mines further boosts the prospects of the town.. The city is famous for electronic and bike showrooms. It serves as a shopping destinations for the surrounding villages and cities. 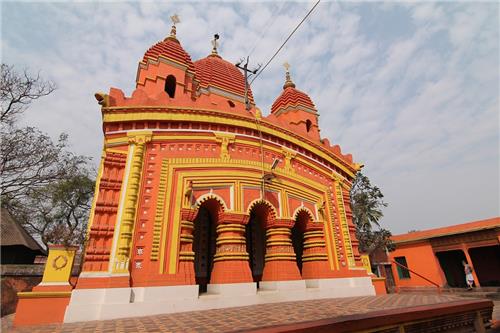 The geocoordinate of Ukhra town is at 23.654°N latitude and 87.243°E longitude. The state capital Kolkata is around 165.6 km away from the town. It is located 88 km towards west from Bardhaman, the district head quarters. Kajora, Ondal, Dobrana, Faridpur, Laudoha, Baidyanathpur and Madanpur are the nearby villages of Ukhra. The nearby cities to Ukhra are Asanol, Kulti, Sonamukhi and Suri.Ondal Block towards South, Khoyrasol Block towards North, Raniganj Block towards east and Mejhia Block towards west surround Ukhra town. The place shares its border with Bardhaman district and Bankura district.Ukhra is situated between Damodar and the Ajay rivers. Both the rivers flow almost parallel to each other in the area with an average distance of around 30 km. Ukra was a heavy forest area infested with marauders and plunderers. It is the discovery of coal that led the area into industrialization. Now most of the forests here have been cleared for industrial purposes and developments of the town.

Population of Ukhra can be divided under in middle-class and lower middle-class. The surprising fact is that the per capital income of Ukhra town is higher than the national average. Agriculture is the main occupation of the people here. But, there are many industries in the town that also contributes in the economy of the town. Presence of coal is the main cause of development of the city. Raniganj coalfield, under which Ukhra falls, is the second largest coalfield in India after Jharia. Coal India Ltd, which is located in the heart of the coal mining zone, has a main role in the immense change of economic demography of Ukhra. Eastern Coalfields Ltd, which is a subsidiary of Coal India, provides employment to a several people in Ukhra. It has many underground and open cast mines surrounding the town.

The development of industries in Ukhra makes the town a potential market. Now there are sevral shopping centers in all important places here like NSC Bose, road, MG Road, Rathala road etc. Products of all famous brands are available here. The town is popular for bike and electronic showrooms. In addition a large section of its population derived employment at various industrial units of Durgapur which is famous for its steel plant.

Ukhra is a town of fairs and festivals. No matter which festive season is, the people here celebrate it with an enthusiasm that no one can match. Bengali New Year, which is known as Rabindra jayanti or ‘Poila Baisakh’, is the most famous festival in Ukhra. The city observes famous rathyatra during this time. Another festival is the Jhulan yatra of Sri Krishna. Jhulan Mela is very famous in Ukhra. Durga and Kali Puja, the national festivals of Bengalis, are also celebrated in the city. 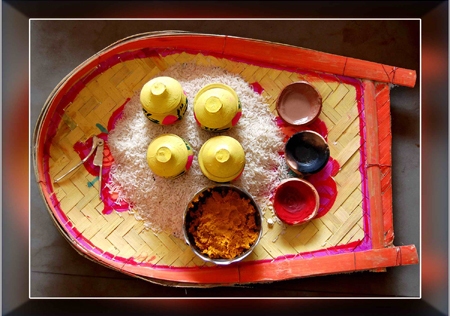 Culture
There are many Durga temples in Ukhra, dating backn to100 years. Some of them are Mukherjee bari, Chatterjee bari, Kanar para, Dhibar para, Chandi bari and Suko para etc. The idols of Durga are incarnated in Suko Lake. Raban Badh is observed here in dushera. The well known Kali temples in the town are Sanyasi, Panch kali tata, Patal vairabi, Notun sanyasi and vayankati tala etc. Huge numbers of pandals are organized in Ukhra bazar in Durga puja, Saraswati puja and Kali puja. The club committees also arrange several cultural programs. Besides the popular festivals of Bengal, other national festivals like Diwali, raksha bandhan and chath pura are also celebrated by the people of Ukhra. Some minorities festivals like gurunanak jayanti and Id are also celebrated in the city. There is a community hall in Ukhra, where various cultural programs are conducted by various organizations. There are many dance and drawing schools in the town that participate in cultural programs.

Several sports activities are conducted in Ukhra by various associations and organizations. Rintu Sriti Sanga organizes a cricket tournament in every January. It is held in Ukhra Sports Ground, which is popularly known as Bibir Bandh ground. There is also a football tournament organized at Ukhra Junion school ground. Several teams from various distant places come to participate in both the tournaments. There are also many cricket coaching academies here.

Ukhra is a legislative assembly constituency in Bardhanam district of West Bengal. It includes the entire Ukhra area. The sitting MLA of this seat is Madan Bauri of CPI (M). Ukhra assembly constituency comes under Asanol parliamentary constituency. Ukhra, even though is a developing industrial town, has not yet been upgraded to Municipal board. It is still a village panchayats. Trinamul Congress rules this panchayats now. In 2013 election, TMC got 18 seats out of 22 total seats.
There is no police station in Ukhra. Andal Police station is responsible for keeping the law and order of the town.

The industrial development and commercial boom in Ukhra also enhances the growth of banking industry. There are several public sector banks functioning in the town. Many nationalized banks such as Bank of India, Punjab National Bank, Uco Bank and Oriental Bank of Commerce etc. have branches here. Several indurance companies are also setting up their branches in Ukhra. The Frontline multinational company ICICI Prudential functions its branch here. Some of the famous bank branches in Ukhra city are listed here. 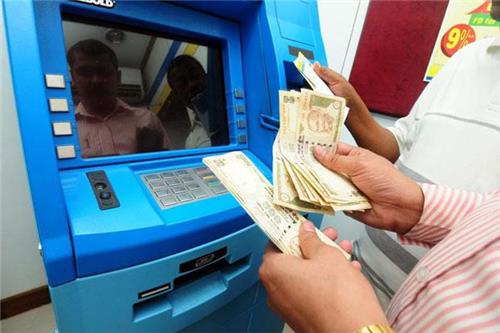 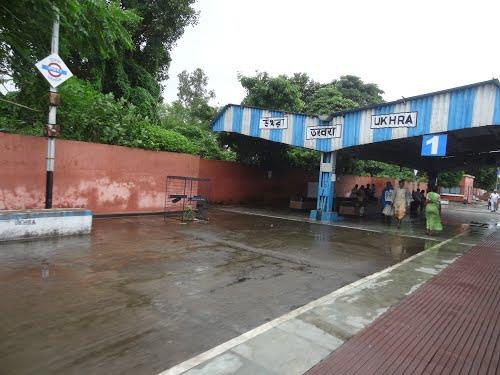 People in Ukhra mainly depend on buses for local transportation. Ukhra is well linked with other nearby cities through roadways. The mini buses ply within the city between 5 am to 8 pm, which is really helpful for short journeys. There are buses at an interval of every five minutes to the nearby cities like Durgapur, Raniganj, Asanol and Andal. The long distance superfast buses that go to district capital Bardhaman has also stops at Ukhra. They pass through M.G Road. There are two major bus stands at Shamkarpur more and Bajpayee more.

Ukhra is facing certain long pending problems like upgradation from panchayats to Municipal board, stoppages for long distance trains, water scarcity, separate police station and block office etc. However, the development in market and industry here boost the economy of the city and it attracts many private and government sector banks, insurance and micro finance to Ukhra. Now the city is a commercial center for the nearby towns.

Comments / Discussion Board - About Ukhra